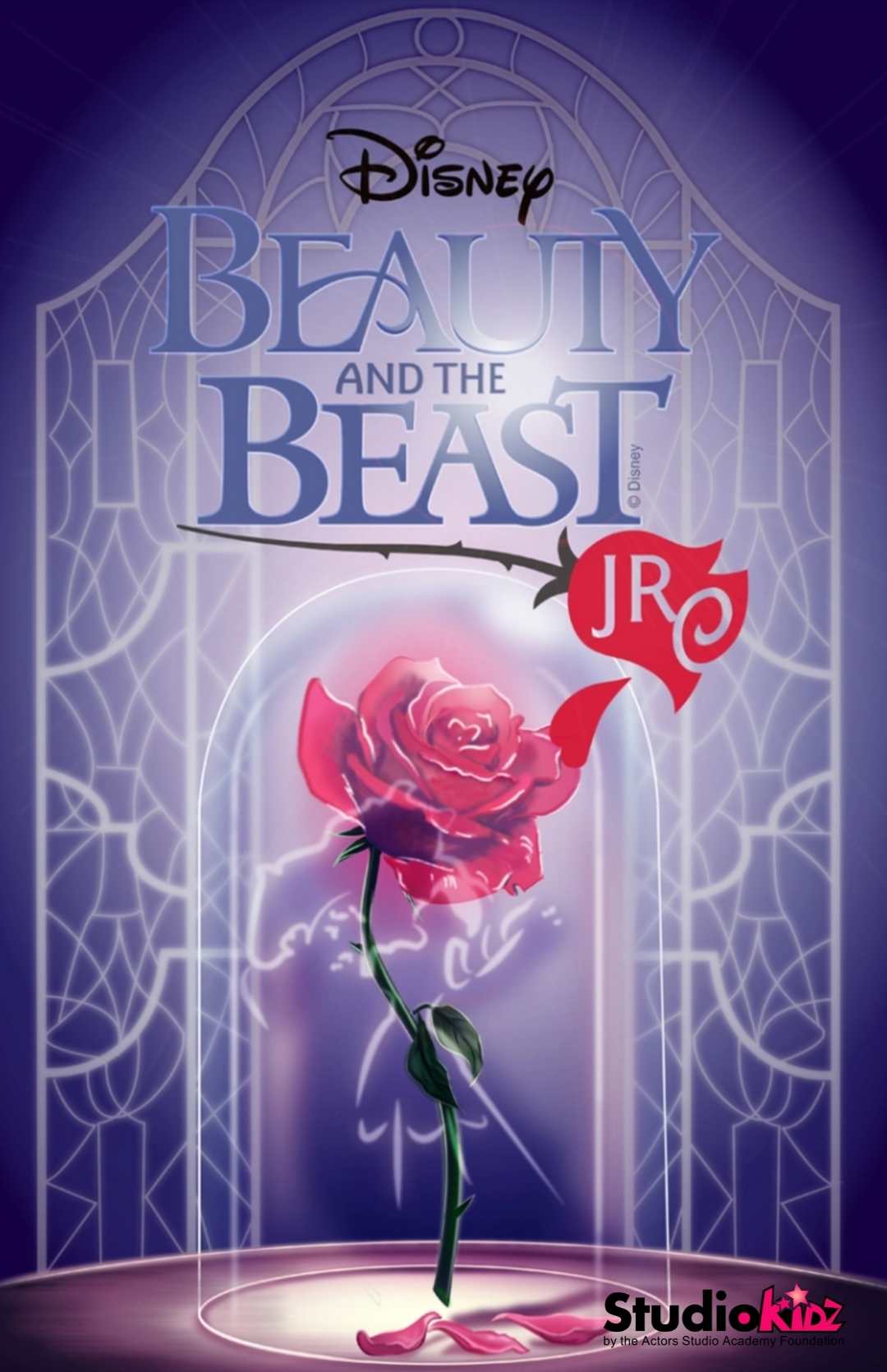 The Award-winning animated film and stage play comes to life in this romantic and beloved take on the classic fairytale.

Based on the original Broadway production that ran for over thirteen years and was nominated for nine Tony Awards, and the Academy Award-winning motion picture, Disney’s Beauty and the Beast JR. is a fantastic adaptation of the story of transformation and tolerance.  Disney’s Beauty and the Beast JR. features some of the most popular songs ever written by Alan Menken and the late Howard Ashman, along with new songs by Mr. Menken and Tim Rice.

The classic story tells of Belle, a young woman in a provincial town, and the Beast, who is really a young prince trapped under the spell of an enchantress. If the Beast can learn to love and be loved, the curse will end and he will be transformed to his former self. But time is running out. If the Beast does not learn his lesson soon, he and his household will be doomed for all eternity.

CLASS PERFORMANCES ROUTINELY SELL OUT WELL IN ADVANCE.  PLEASE LIMIT YOUR BOOKING TO 6 TICKETS PER PURCHASER. WE WOULD LIKE TO ENSURE ALL FAMILY AND FRIENDS CAN ATTEND.

CONCESSION AND BAR WILL BE OPEN PRIOR TO THE SHOW AND AT INTERMISSION. THERE IS NO TABLE SERVICE FOR THIS EVENT.