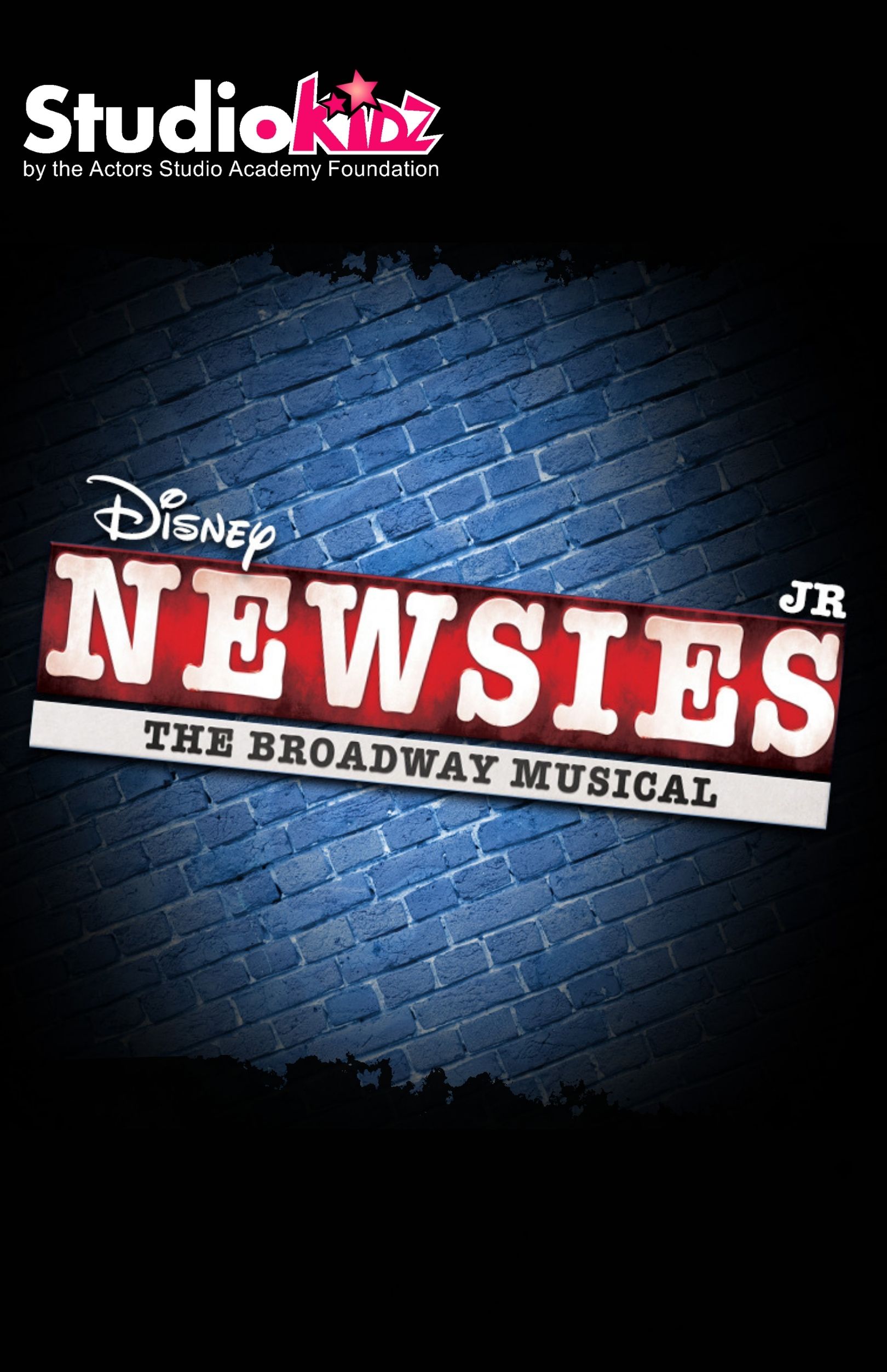 Based on the Disney Film

Based on the novel by Amanda Brown and the Metro-Goldwyn-Mayer motion pictureDisney NEWSIES Jr is presented through special arrangment with Music Theatre International (MTI).   All Authorized perfomrance materials are also supplied by MTI.  www.MTIShows.com

Seize the Day with Disney's rousing musical that has thrilled and inspired young people for generations.

Disney's Newsies JR. is a NEW version of the 2012 Broadway musical, based on the 1992 film. Inspired by the rousing true story of newsboys & girls in turn-of-the-century New York City, Newsies JR. features a Tony Award-winning score by Alan Menken (Beauty & The Beast, Aladdin & Little Mermaid) and Jack Feldman and a book by Tony Award winner Harvey Fierstein.

When influential newspaper publishers raise prices at the newsboys' & girls' expense, the charismatic Jack Kelly rallies newsies from across the city to strike against the unfair conditions. Together, the newsies learn that they are stronger united and create a movement to fight for what's right.

Including the now-classic songs "Carrying the Banner," "Seize the Day," and "Santa Fe," Newsies JR. is a timeless story full of spirit and heart.

CLASS PERFORMANCES ROUTINELY SELL OUT WELL IN ADVANCE.  PLEASE LIMIT YOUR BOOKING TO 6 TICKETS PER PURCHASER. WE WOULD LIKE TO ENSURE ALL FAMILY AND FRIENDS CAN ATTEND.

CONCESSION AND BAR WILL BE OPEN PRIOR TO THE SHOW AND AT INTERMISSION. THERE IS NO TABLE SERVICE FOR THIS EVENT.